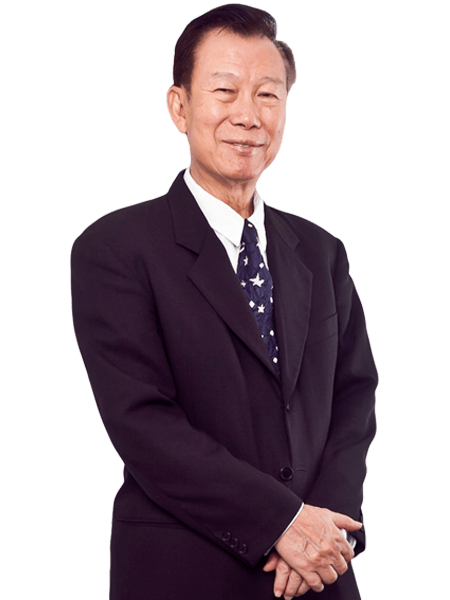 Mr Giam Chin Toon S.C. has been in legal practice since 1971. He started his legal career as a magistrate from 1967 to 1971. He was among the first group of lawyers to be appointed as Senior Counsel in 1997. Today, he continues to be a leading lawyer in many areas of the law.

He specialises in commercial cases, in particular, building and construction, banking, property and corporate disputes, and has acted for numerous Singapore and international clients in arbitration proceedings involving building, infrastructure and engineering projects in Singapore and the Asia-Pacific region.He is also a much sought-after arbitrator and has served as arbitrator in many arbitrations both domestic and international.

Chin Toon has a heart for service. He served for many years in the Law Society of Singapore and was elected as President for the term from 1987 to 1989. Today, his views are still constantly being sought by the Society and he continues to serve in various committees in the Law Society. He played a key role in developing CLAS, which was the Law Society’s first pro bono scheme and served as Chairman from 1992 to 1999.

In 2006, in recognition of his contributions to the legal profession, he was awarded the prestigious CC Tan Award. The CC Tan Award is conferred by the Law Society of Singapore to members of the Singapore Bar who have displayed the highest ideals of the profession – honesty, fair play, courtesy and personal integrity.

He was Singapore’s Non-Resident Ambassador to the Republic of Peru from 2000 to 2021, and was also Non-Resident High Commissioner to Ghana from 2004 to 2013.